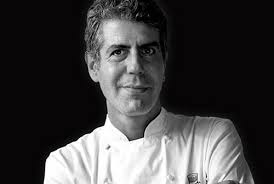 This post originally appeared on the Critical Studies in Television blog. Like Proust and his madeleine, the simple act of eating in Anthony Bourdain’s television shows usually became an occasion for memory. Whether it was over mohinga in Yangon, egusi soup in Lagos, or clams at the Jersey shore, sharing a meal with Bourdain often became a portal to […]