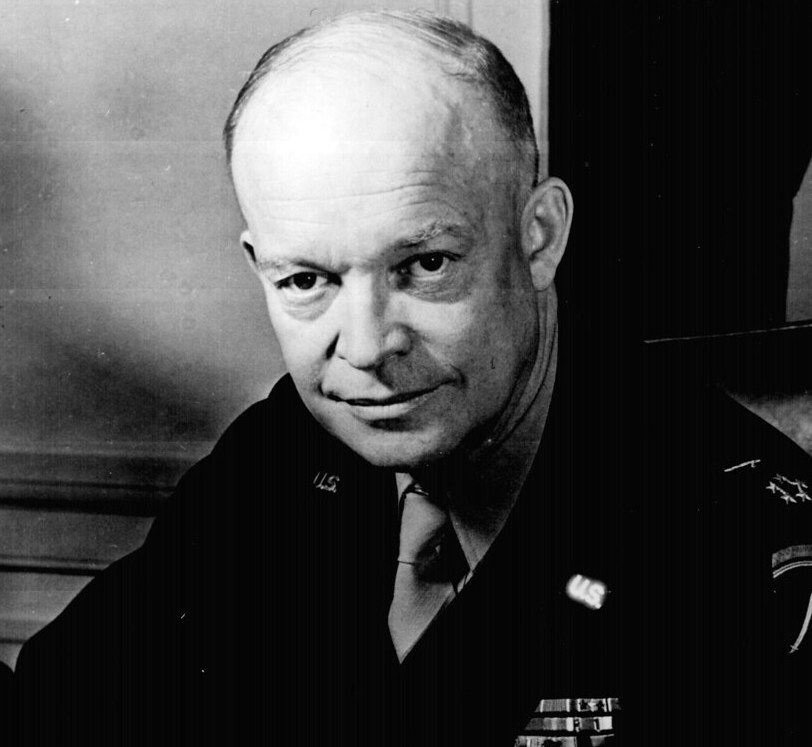 When it premiered on the ABC (U.S.) network in the spring of 1949, Crusade in Europe, the 26-part adaptation of Dwight D. Eisenhower’s best-selling war memoir was hailed as long-awaited confirmation of TV’s capacity for cultural enlightenment – proof positive that the budding medium could deliver more than vaudeville adaptations, B-Westerns, and professional wrestling matches.

Developed by the March of Time news film outfit (a subsidiary of Time-Life), and compiled from some 165 million feet of archival combat footage sourced from U.S. government and foreign repositories, Crusade was the first compilation documentary series produced especially for the small screen, and among the first television programs that could be seen in every existing TV market.

Broadcast at a time in which many of the country’s 61 television stations had yet to be connected to AT&T’s coaxial cable network, Crusade in Europe became a nationwide programming event in an old-fashioned, ad hoc way. Since simulcasting was still two years in the future, ABC distributed the 8½ hour series to national affiliates on film – a boon to stations whose programming options were otherwise live, local, and experimental.

For critics, Crusade in Europe demonstrated how the new cultural idiom might develop content that could inform as well as entertain. Praising the films for their insight and analysis, as well as the editors’ mindfulness of TV’s technical capacities, the influential New York Times critic Jack Gould averred that Crusade in Europe “illustrates the vast potentialities of television for visual education.” For the syndicated columnist Harriet Van Horne, the series set a new artistic benchmark, “the sort of program that adds dignity to a new medium that needs it badly.”

Dignity, however, did not mean tedium. For the nation’s early televiewers, Crusade in Europe promised a spectacle quite unlike anything else on television at the time. As the entertainer Bob Hope observed, when a new episode came on the air, “the family and kids at home drop everything, even the comics, to watch it.” Here was “the suspense and heroism of the war years,” one advertisement crowed, a dramatic visualization of World War II “as told by the man who guided and led the Allies to victory.”

Of course, the TV version of Ike’s memoir would incorporate significant contributions from the March of Time staff. Led by Richard de Rochemont and veteran producer Arthur Tourtellot, the production had involved organizing the general’s 478-page narrative into twenty-six 20-minute installments and selecting the appropriate visuals from a mountain of archival footage.

But even while editors had enjoyed unprecedented access to classified material, occasionally they came up empty-handed. In these cases, they resorted to an old March of Time technique – they’d hire actors. Re-enactment had been a long standing, and well known practice of the March of Time, dating to the 1930s when the program had been produced for radio. Before the advent of magnetic tape recording and the proliferation of cheap, portable video equipment, cameras were rarely on hand when newsworthy events occurred. The solution for the March of Time – and for other news and documentary filmmakers of the era – had been to stage news events using actors, though sometimes they could convince the actual participants to recreate their own actions.

Following established procedure, the producers of Crusade in Europe included reenactments in order to bridge the gap in the visual record, or to illustrate the more abstract concepts and themes of Eisenhower’s book. For example, among the several lessons that Eisenhower had hoped his book would impart were the pernicious consequences that prewar isolationism and unpreparedness had on mobilization and training after Pearl Harbor. By way of depicting these lessons, the premier episode included a scene in which two actors, portraying well-dressed commuters (circa 1940), blithely discuss a newspaper story about Nazi aggression in Europe.

“The way I see it,” says one actor, “we stuck our noses into Europe’s mess in 1917 and we got nothing for it. I say we ought to keep hands off.” “Don’t give it another thought, Joe,” says the other, “with all that water between us and Hitler, he can’t hurt us.” Ostensibly oblivious to what lay ahead, the second actor then turns to the sports page and asks his companion, “say, what do you think the of the Tiger’s chances for a pennant this year?”

Eisenhower’s lessons, reiterated throughout the book and the series, had obvious implications for the present and future. At the dawn of the Cold War, the United States could not shirk its new responsibilities as the preeminent Western power in the new postwar world order. It had to remain vigilant against Soviet aggression, as it had failed to do against Germany, Italy, and Japan in the 1930s, and could not afford to relapse into America-first isolationism.

Crusade in Europe may have blurred the distinction between fact and artifice, drama and journalism at times by employing re-enactments. Still, series producers endeavored to represent historical events in a way that remained true to their vision, while utilizing entertainment strategies that would resonate with a contemporary television audience. Re-enactments, the March of Time filmmaker (and head of the outfit before his brother Richard) Louis de Rochemont once explained, were “frequently sharper and more detailed than the real thing.” His belief was that the use of poetic license could bring perspective to events in a way that strictly factual reporting seldom could.

The series conveyed a sense of historical realism in other ways too. In a somewhat curious, literary touch, each installment began and ended with a shot of a physical copy of Eisenhower’s book, which opened and closed on a relevant passage. Read by Maurice Joyce, the voice-over actor hired to mimic Eisenhower, the direct citations certified the authority of the TV adaptation, and provided necessary context and explanation beyond what was provided by narrator Westbrook Van Voorhis, the orotund “voice” of the March of Time.

In the end, the editors had produced an 8½-hour television epic, one that integrated Eisenhower’s command-level account with the characteristically didactic March of Time style that would have been familiar to millions of moviegoers nationwide.

Like classical epic forms – The Iliad, The Aeneid, The Lord of the Rings – Crusade in Europe presented a grand narrative, fashioned in an earnest, elevated style that centered on a heroic struggle between good and evil, while also affirming communal values and American national identity.

In line with Russian literary theorist Mikhail Bakhtin’s understanding of the epic, Crusade in Europe presented a story of “the national heroic past: it is a world of ‘beginnings’ and ‘peak times’ … a world of ‘firsts’ and ‘bests.’” Rather than an account of primordial origins however, Crusade in Europe was a record of the war that preceded a new epoch in U.S. history – an “American Century,” in which the United States first emerged as a global superpower.

Eisenhower’s choice of title meanwhile emphasized the enormity of the undertaking, and left little ambiguity about its moral imperative. Describing the war against the Axis as a crusade – as Eisenhower often did, perhaps most memorably in his order of the day for June 6, 1944 – framed the world war as an existential struggle, a confrontation between “human good” and “a completely evil conspiracy with which no compromise could be tolerated.” Inasmuch as Crusade in Europe was a chronicle of events written from the rarefied perspective of SHAEF therefore, it was also a narrative based on fixed symbols, a distinguishing feature of the epic form according to literary critic Julia Kristeva, in which conflict is structured by eternal and irreconcilable opposites (good and evil).

Though little remembered today – the history and historiography of the American television documentary typically starts with the later NBC series Victory at Sea (1952-53), an epic in its own right – Crusade in Europe nevertheless provided television viewers a retrospective on the Second World War that broke new ground, establishing the television documentary as a legitimate subgenre in its own right. The critical and popular success of Crusade in Europe even inspired a sequel, Crusade in the Pacific, which again utilized rare archival combat footage in a grand retelling of the war in the east.

In line with Eisenhower’s intentions, the epic adaptation of his war memoir offered object lessons for present tensions between West and East. Like fascism before it, communism was portrayed as a malignant force that was irreconcilable with the values of liberal democracies. The “compelling necessities” of the postwar world, Eisenhower wrote, had left the U.S. and its allies “no alternative to the maintenance of real and respectable strength.” Faced with this new threat, the American people would need to prepare for a new crusade, one that would confront the enemy and prevail in much the same way as it had in the past.

As an epic of World War II, the March of Time adaptation of Crusade in Europe provided the moral arguments and justification for this new Cold War mission, reminding viewers of the sacrifices and hardships they had endured, and assuring them within a dramatic and entertaining context of the righteousness of their cause. Crusade in Europe thus remains a rich reflection of the patriotic aspirations and postwar fears of its time.