The Food that Built America 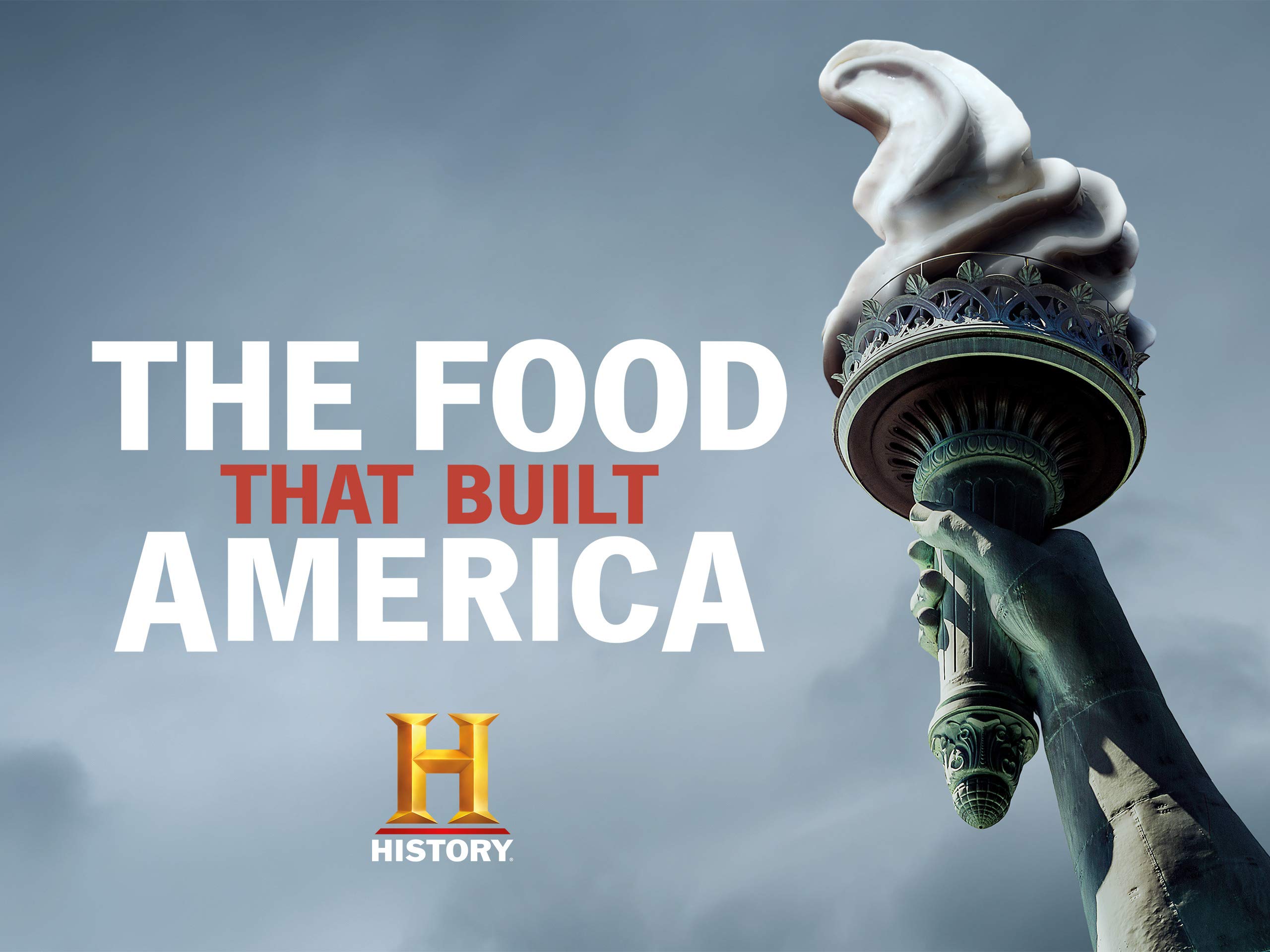 Despite the confidence of its title, History’s recent miniseries The Food That Built America (2019) seems to invite questions about its own premise.

What, we might ask, does it mean to say that a particular food has built America? Do we mean “built” economically? Culturally? Politically? All of the above? Whose America are we even talking about?

We might conceive of any number of ways in which food, it’s production, distribution, and the folkways surrounding it have shaped the American experience, suggesting any number of interpretive approaches: the brutally exploitative West Indian system of sugar slavery that underpinned the growth of the North American colonies, the transition from the plantation or family farm to industrial agriculture, the role of food in the marking of ethnic difference and assimilation, the moral panic over contamination and the pure food movement, the persistence of hunger in one of the wealthiest and most developed countries on earth, and so on.

How to choose among perspectives?

Alternately, we might ask if nation-building as an organizing principle – as opposed to, say, class, ethnicity, gender, and geographical region – might tend to overemphasize the story of a few winners at the expense of more complex and difficult histories.

But as the latest installment of History’s “built America” franchise, The Food that Built America adhered to a predetermined interpretive formula, its focus revealed by the epigraph opening the premier episode:

Today, the food industry drives more than one fifth of the U. S. economy…
it fuels one in four American jobs…
and generates more than 5 billion dollars…a day. 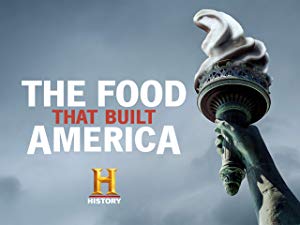 Like the earlier entries The Men Who Built America: The Innovators (2012), The Cars That Made America (2017), and The Men Who Built America: The Frontiersmen (2018), the new three-part, six hour series frames its story entirely in terms of the achievements of a few Great Men (and one woman) of the late-nineteenth and twentieth century era of industrial food production, men of vision and determination who had, as the series website airily puts it, “revolutionized food and changed the American landscape forever.” 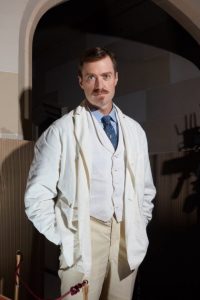 The Food That Built America, in other words, is less food history than it is a celebration of the entrepreneurial Übermensch (Über-munch?) of the American food industry like Henry Heinz, Milton Hershey, W. K. Kellogg, and the McDonald brothers, whose pursuit of innovation and commercial mastery (will-to-power) not only transformed the culinary conditions of our collective existence, but contributed to a new order of culinary values for the twentieth century.

Consistent with the conventions of the “documentary hybrid” established by Stephen David Entertainment in 2012’s The Innovators, “built America” newcomers Lucky 8 TV (60 Days In; Vinny & Ma Eat America) present their history by using a combination of slick CGI visual effects, archival footage, and dramatic reenactment, all of which is tied together by “talking-head” commentary provided by historians and food TV personalities. Where The Innovators featured the insights (more often clichés about competition and success) of business leaders like Mark Cuban, Jack Welsh, and Donald Trump, The Food That Built America supplements the historical expertise of H. W. Brands, Libby O’Connell, and Mark Pendergrast with commentary from Adam Richman, Padma Lakshmi, Gail Simmons, Buddy Valastro, and others, whose participation adds to the series’ interpretive authority. 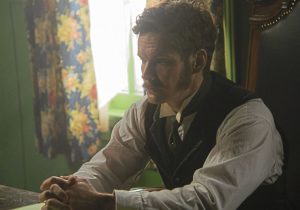 Ironically, the effect of this aesthetic and methodological continuity with the previous “built America” entries is that the food itself, the putative subject of the docuseries, seems almost incidental. Coca-Cola, Corn Flakes, and Milky Way might easily be exchanged with Carnegie steel, Rockefeller oil, or Ford motors; or even Bell’s telephones, Edison’s lightbulbs, Johnson’s hotels, or Sarnoff’s broadcast network. The real story, is one of individual genius and perseverance.

To be fair, viewers of The Food That Built America learn some important context relating to the rise of industrial food production in the decades following the Civil War. 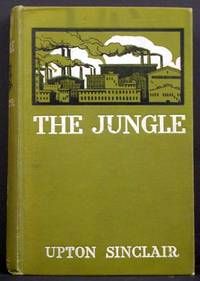 They learn, for instance, how late nineteenth century urbanization meant that more Americans had to eat food prepared outside the home, how concerns about food purity led Henry Heinz to bottle his ketchup in clear glass and to lobby the federal government for stricter food regulations (strangely, the role of Upton Sinclair’s muckraking novel The Jungle in securing those regulations goes unmentioned), and how the democratization of the automobile and the expansion of leisure time after World War I drove demand for new kinds of “fast” foods.

But these points are subordinate to the drama of personal struggle, competitive rivalry, and empire building that drive the series’ interweaving plots.

Given the veritable buffet of quality food programming on television at the moment, the predominating notes of Great Man-ism and melodrama in The Food That Built America make for an underwhelming dish. After the experience of watching Parts Unknown (2013-2018), The Taco Chronicles (2019), Street Food (2019), and Jiro Dreams of Sushi (2011) – which are not necessarily historical, but can contain historical elements – I found myself wanting more of a social and cultural history of food, more of an emotional connection with taste and memory and desire than the series provided – even as my own knowledge of the “built America” brand suggested otherwise.

Indeed, considering how much of contemporary food culture centers on the desire for authenticity, for the local, the seasonal, and the hand-crafted, the focus on – and nostalgia for – the big industrial brand-names makes The Food That Built America all the more of an outlier of food TV. Other than the on-screen appearance of Richman, Lakshmi, and the rest, the series seems uninterested in engaging with contemporary tastes or trends.

This is a missed opportunity. Historicizing industrial food production in terms of what has been gained and lost in our everyday culinary experience, its impact on the environment, or the big brands’ attempts to cater to changing American tastes, might have made the series a more vital contribution to contemporary food television.

Instead, The Food That Built America seems intended for an audience more interested in stories of entrepreneurial success than food history. There’s nothing inherently wrong with this – but then, it’s not the food that built America. 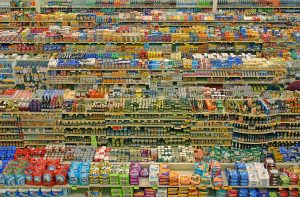