Nostalgia for the Neighborhood 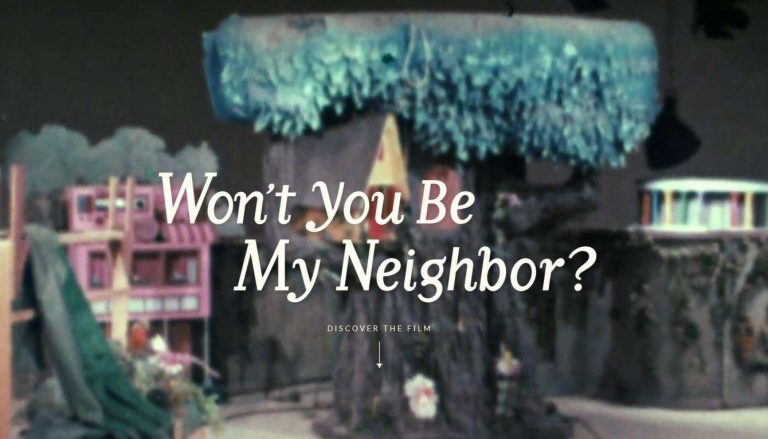 “Well, we all need a little love in our lives.”

So replied the actor-musician François Clemmons, who for 25 years played Officer Clemmons on Mister Rogers’ Neighborhood (Family Communications, 1968-2001), when he was asked recently why he thought it was that the new documentary about his friend Fred Rogers, Won’t You Be My Neighbor (Tremolo, 2018), was resonating so powerfully with audiences.

“I think it’s important for people to express care for one another,” Clemmons continued. “People are having serious disagreements, and those disagreements are separating us rather than saying our humanity is more important.”

At a time of intense polarization and numbing incivility, nostalgia for our favorite neighbor is something we might not have known we needed.

For over thirty years, Rogers – who passed away in 2003 – shared a message of love and caring and neighborliness with generations of preschoolers who grew up watching his show.

His approach was quite radical for its time – in a button down-and-cardigan kind of way.

Recognizing that children had deep emotional needs that weren’t being served in any meaningful way by commercial television, Rogers used the medium to speak directly to his young viewers, teaching them to love themselves and to care for each other. 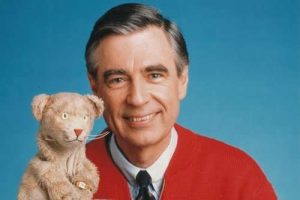 With the help of puppets like Daniel Striped Tiger, King Friday XIII, X the Owl, and Henrietta Pussycat, Rogers (along with the other humans of the neighborhood) addressed some of life’s most serious subjects – anger, death, divorce – in a direct, but comforting way that would make sense to a child.

In contrast to much of children’s programming – with its cartoon violence, frenetic pacing, and rampant commercialism – Mister Rogers’ Neighborhood was deliberate, peaceful, and understated. It didn’t have an elaborate set, fancy graphics, or a big budget. It didn’t need them.

For Rogers, the most important thing was that he could establish a relationship with a child through television – to create a space in which he could tell her, with genuine caring in his voice, that “there’s no person in the whole world like you, and I like you just the way you are.”

What the neighborhood didn’t have in slick production values, it made up for with love.

Won’t You Be My Neighbor?, the new film about Rogers’ life and legacy from Academy Award-winning director Morgan Neville (20 Feet From Stardom, Best of Enemies), is an intimate and moving portrait of the beloved host and the friendly television neighborhood he created.

Featuring interviews with friends and family members like Clemmons, David Newell (Mr. McFeely), Joe Negri (Handyman Negri), Rogers’ wife Joanne, long-time producer Margaret Whitmer, and friend Yo-Yo Ma, the film charts Rogers’ career beginning with his early years as a producer and puppeteer on local Pittsburgh television, his ordination as a Presbyterian minister, and his work at the Arsenal Family & Children’s Center at the University of Pittsburgh.

With great care for Rogers’ guiding philosophy, Won’t You Be My Neighbor looks beyond the unassuming and soft-spoken demeanor to reveal the depth of his programs, and his serious devotion to creating a positive, meaningful experience for children through television.

But no, he wasn’t a Navy sniper with dozens of confirmed kills. Nor did he wear long-sleeved sweaters to cover violent tattoos.

But neither was Mister Rogers’ Neighborhood mere sentimental sap. As the scholar Michael G. Long has shown, Rogers was a radical pacifist whose belief in a peaceful and accepting God informed a countercultural message of nonviolence, tolerance, and love.

Through archival footage and interviews, Won’t You Be My Neighbor reveals this image of Rogers – though in a more or less generalized way.

There are the early anti-war episodes broadcast at the height of the Vietnam War; the poignant scene when Daniel Striped Tiger asks Lady Aberlin about assassination in the wake of Robert Kennedy’s death; Rogers’ confrontation with Senator John Pastore on Capitol Hill over proposed PBS funding cuts; the beautiful moment when Rogers and Officer Clemmons (who is black) posed a subtle challenge to racial segregation and inequality by cooling their feet together in a small wading pool.

Though I was hoping for more of an airing of Rogers’ anti-war beliefs (a minor quarrel), Won’t You Be My Neighbor is a warm and inspiring retrospective of Rogers’ life and legacy and his commitment to showing us all what a little goodness in the world can do.

And as Clemmons noted, we probably all need a little bit more of this in our lives right now.

In the past three years, we Americans have seen how television can be used to divide (as if we weren’t already aware of this facility). We have seen public discourse lapse into shrill partisanship, bullying, tough guy-ism, and insult comedy. We have seen white supremacists march through our streets with the tacit blessing of men in power (though this too has been a specialty of the house). We have seen civic life transmogrify into a form of reality television, all with the complicity of a media-industrial complex that seems instinctively attuned to spectacle.

We have seen children forcibly separated from their families.

On Mister Rogers’ fiftieth anniversary, Won’t You Be My Neighbor has tapped into a sense of nostalgia for a more wholesome presence in our culture, a more thoughtful use of television that would promote values of community and tolerance without the constant “bombardment” (to use Rogers’ word) of sounds, images, and commercial messages.

And as we confront the horrors and rifts of the present, perhaps Rogers’ memory can help. He once said:

“When I was a boy and I would see scary things in the news, my mother would say to me, ‘Look for the helpers. You will always find people who are helping.’ To this day, especially in times of ‘disaster,’ I remember my mother’s words and I am always comforted by realizing that there are still so many helpers – so many caring people in this world.”

It may all sound Pollyannaish. But if you read it carefully, there is something radical there.

For more from Andrew on Mister Rogers’ Neighborhood, check out this episode of Inside the Box: The TV History Podcast, in which Andrew and his co-hosts Steve Voorhees and Jonathan M. Bullinger discuss the relationship between Mister Rogers, social issues, and his own spirituality.